Here at Camp Cooper, we use a wildlife camera to capture images of wildlife around our wildlife watering hole. Camera trapping, as it is sometimes called, is a way to observe desert wildlife in a way that is both intimate and non-intrusive. There's nothing more exciting than reviewing the videos from the previous day, and finding something amazing!

The grey fox is a rare in sight in Tucson, but not at all uncommon on our wildlife camera, suggesting that among many other skills, staying out of sight is one of the grey fox's greatest survival strengths.  Their graceful movement, and surprisingly bushy tail, makes them easy to spot on camera.

What is a Camera Trap?

A "camera trap" is a camera that is automatically triggered by a change in some activity in its vicinity, like the presence of an animal. It is typically equipped with a motion sensor to trigger recording, and a big battery to allow the camera to remain in the field for hours or days at a time.

A Few Of Our Favorites

"Nervous Coyote" reigns as our most popular Facebook post ever, with over 62,000 views. It's worth a watch, and makes us even more excited about the summer rains ahead.

Want More Wildlife In Your Life?

Equipment Recommendations, Technique, and Some Of His Best Photography

"Since retiring from Raytheon I have been photographing wildlife on my small piece of property in the Tucson Mountains.. just down the road from the Cooper Center. I have used many of the various trail cameras on the market and also have 3 DSLR camera traps in operation. My photos and videos have been featured on many local TV news stations and magazines. I am constantly amazed at the wildlife that lives and thrives on the edge of Tucson virtually unseen by the vast majority of us. I would like to think my pictures increase awareness and appreciation of the Sonoran Desert and those that inhabit its wild places." 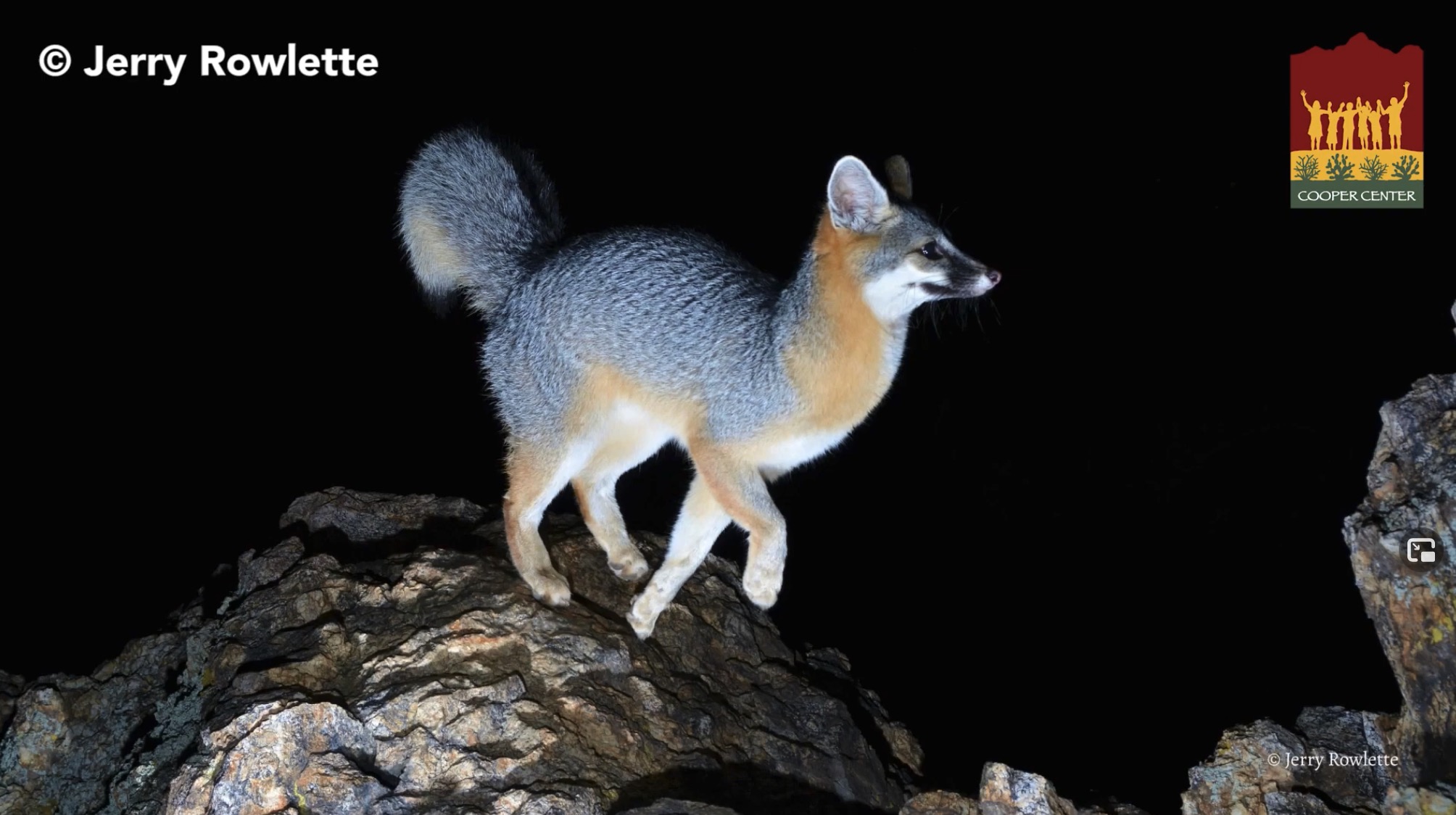 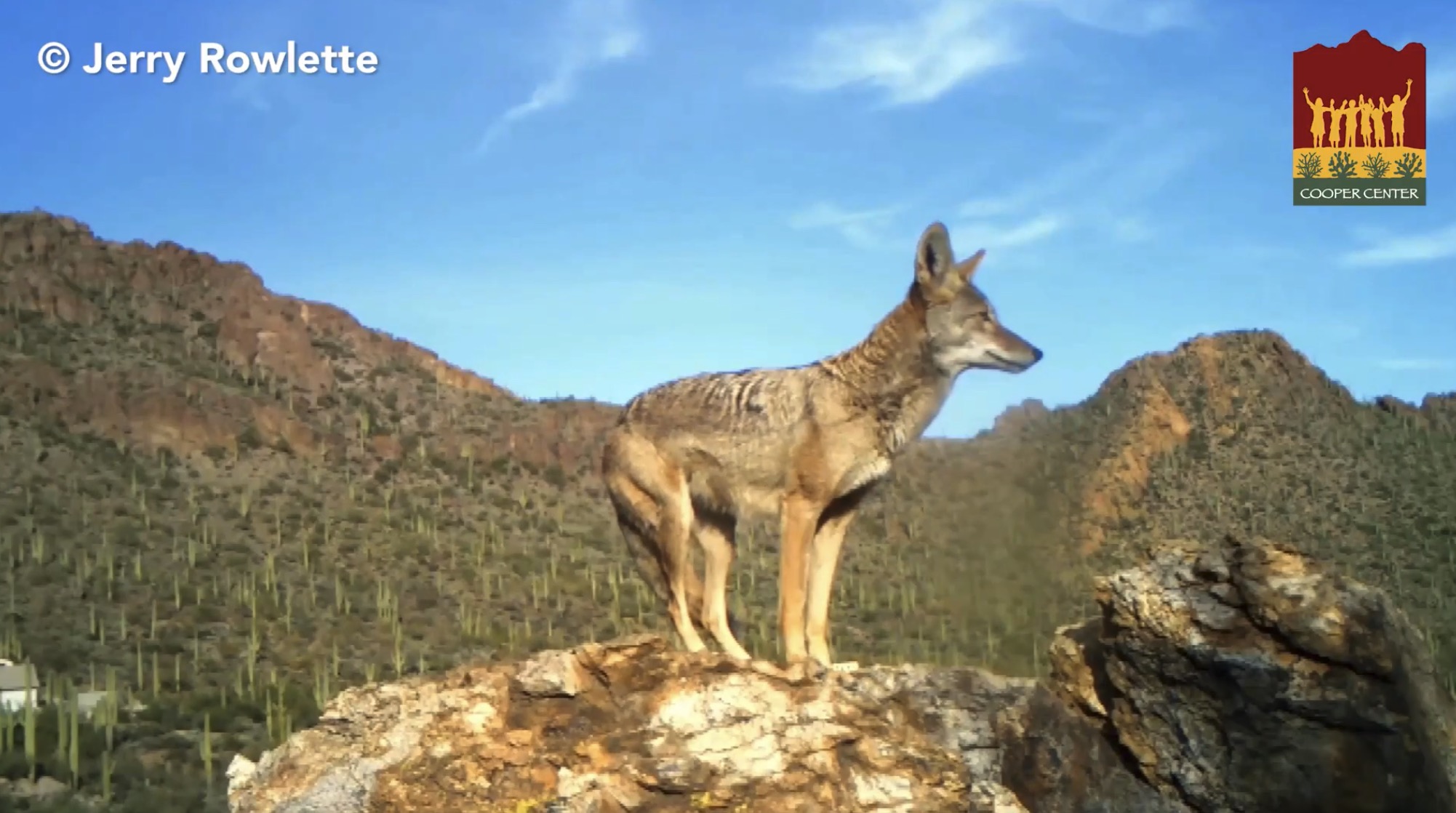 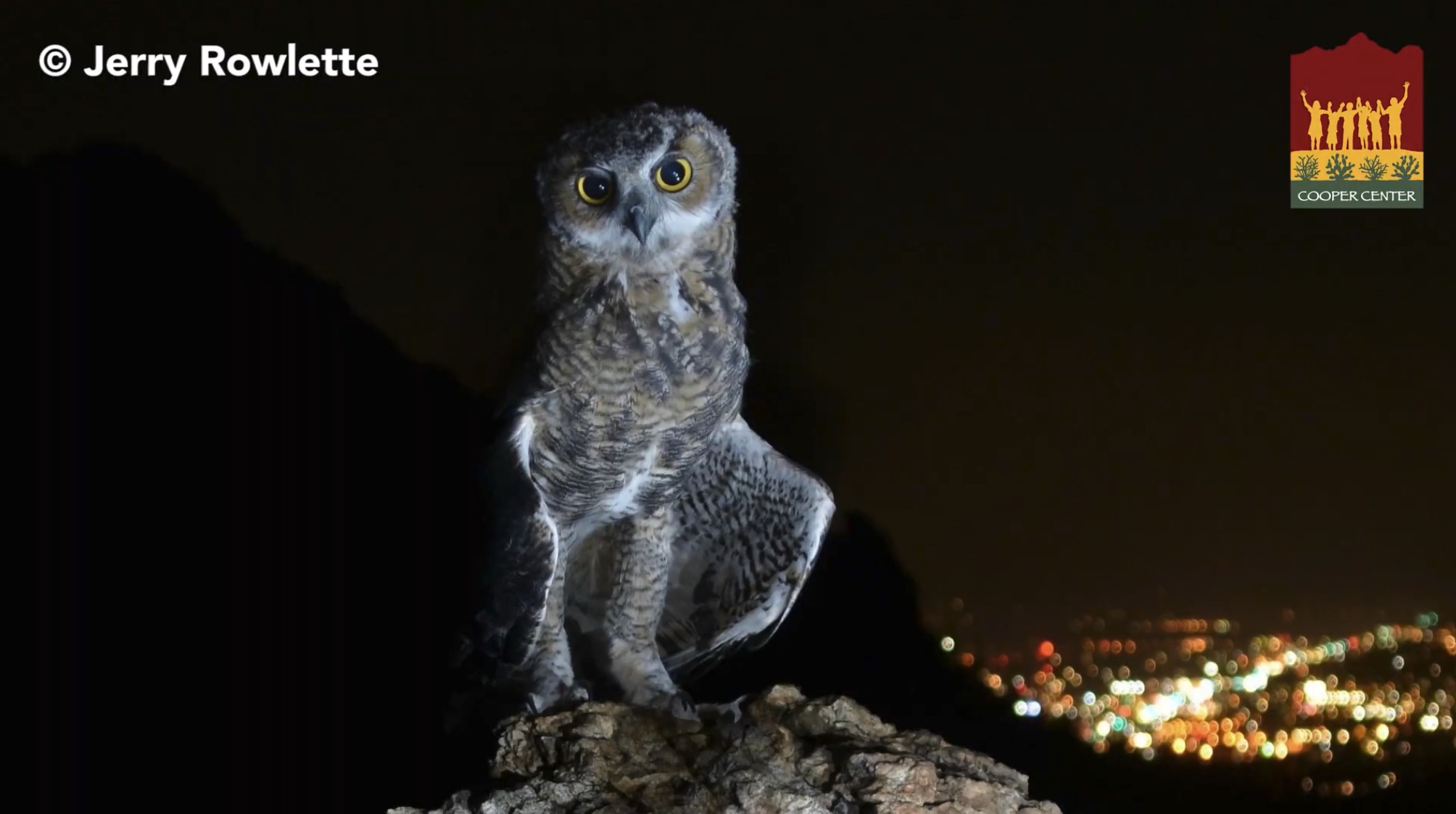 A special thanks to Jerry for supplying us with a camera for our recent camera trapping efforts! 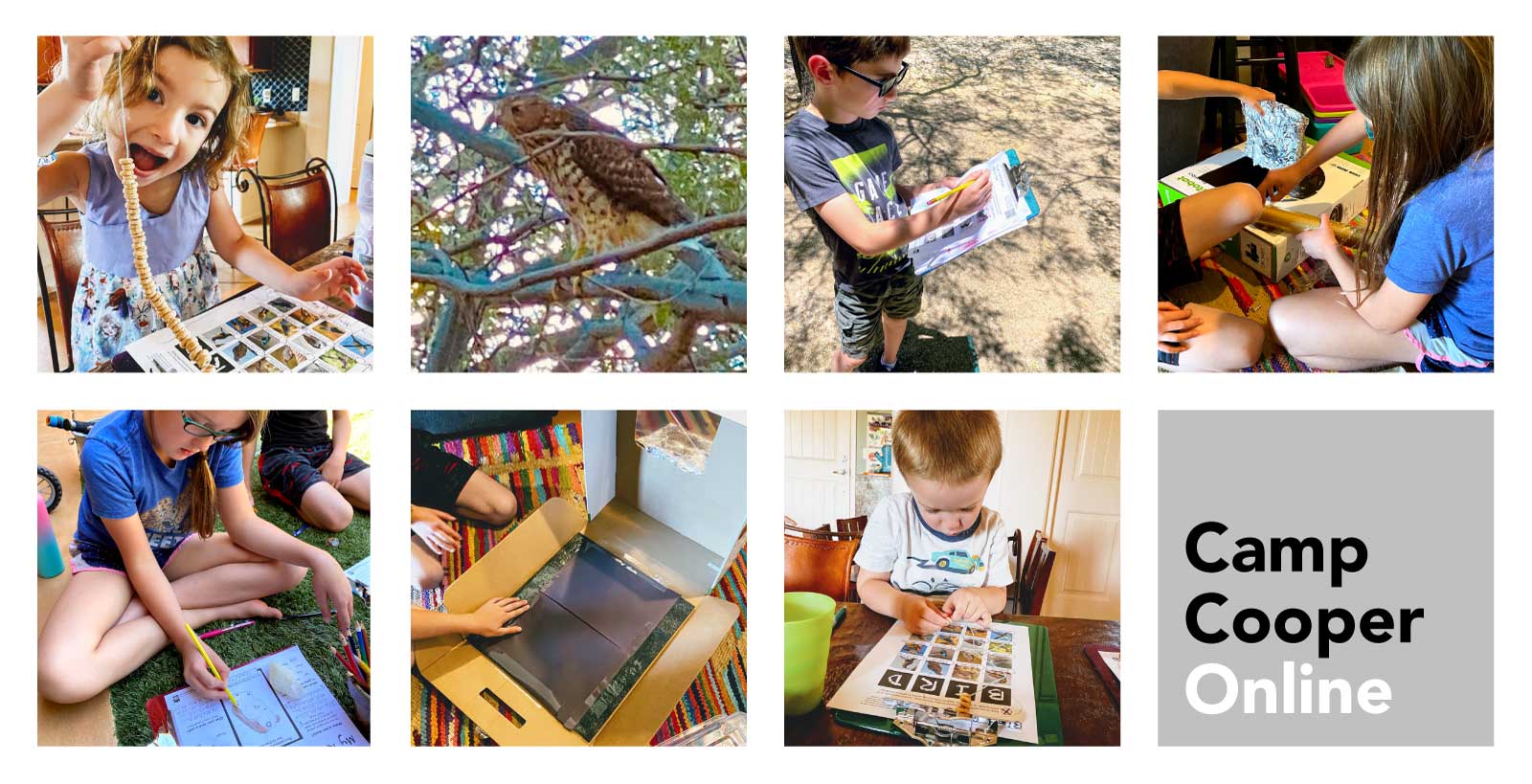 Parents of students in Kindergarten through 5th grade are invited to sign up, and each Monday, participants will receive a weekly activity for kids, delivered straight to their email.  There is no cost to sign up.

Self Guided Environmental Education For Parents and Children To Do Together

Camp Cooper Online is a free, online portal to environmental learning made fun and new, brought to you by our amazing team of educators. Activities have been tailored to being done at home using original videos, downloadable worksheets for older kids to complete independently or for younger kids to complete with parents.

Activities incorporate ecological and life science learning opportunities derived from state standards and flexible for a range of ages.

Last month, a predator-prey scenario played out in the desert around Camp Cooper, and we've got the footage to prove it! With camp so quiet this year, we're seeing some animals that would not otherwise be around. 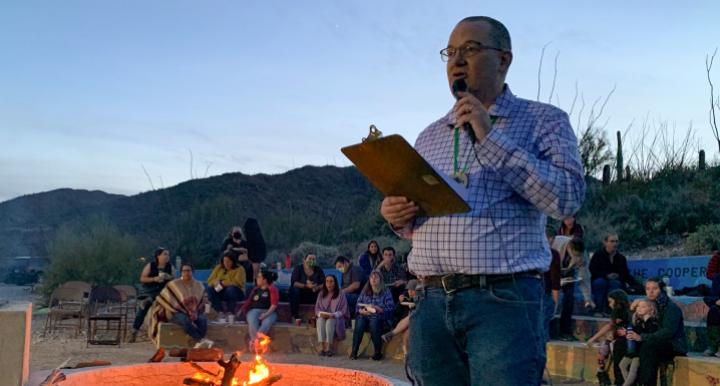 On November 20th, Camp Cooper opened its gates for the first public event in over 18 months. The occasion was to celebrate outstanding Tucson teachers - teachers who had made a difference in the lives of students and teachers who employ hands-on learning in the classroom.  Attendance was a record for a public event at Camp Cooper. 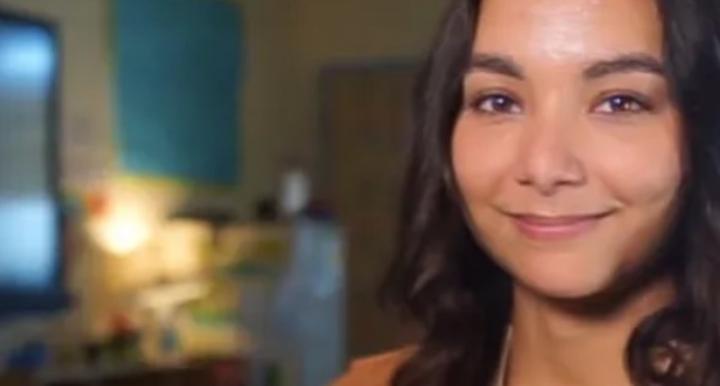 Congrats to Maddie Schepper, University of Arizona College of Education alum and former Cooper Center Intern. Maddie teaches at Borton Magnet School and is being recognized as part of TUSD's 2021 Science Teacher of The Year Award. 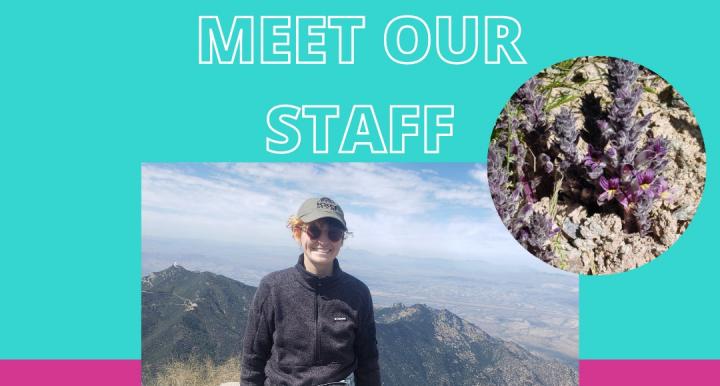 Paige grew up in central Massachusetts and completed their B.S. in biology at Kansas State University. In an attempt to escape winter weather forever, they moved to Tucson in 2018 and joined Cooper’s educational team as an instructor shortly after. 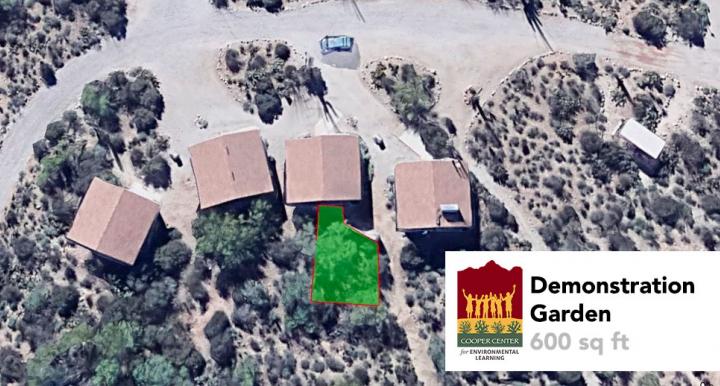 We are excited to announce that the UArizona Compost Cats, UArizona Office of Sustainability and Cooper Center for Environmental Learning (Camp Cooper) have joined forces to create a garden space that incorporates a new compost and vermicomposting system as well as a native food plants and native pollinator plants garden. The aim of this demonstration site is to create and maintain a space that will allow Camp Cooper to utilize available space for educational purposes, showcasing live examples of desert gardening, traditional composting, native pollinators, vermicomposting, rainwater harvesting, and more. 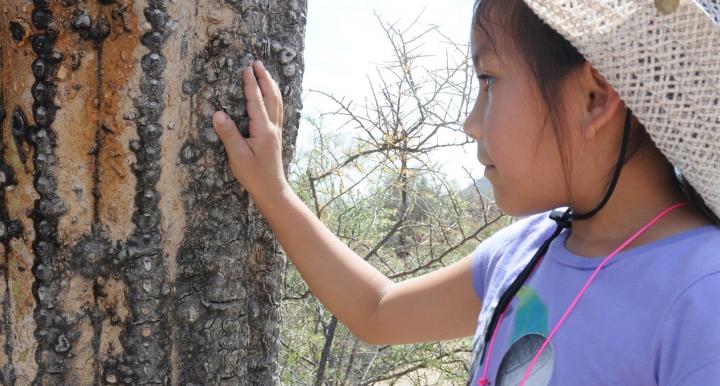 Tax credits are a way to allocate your Arizona state tax payments to a cause you support. What could be better than supporting a classroom full of students having a Camp Cooper experience? 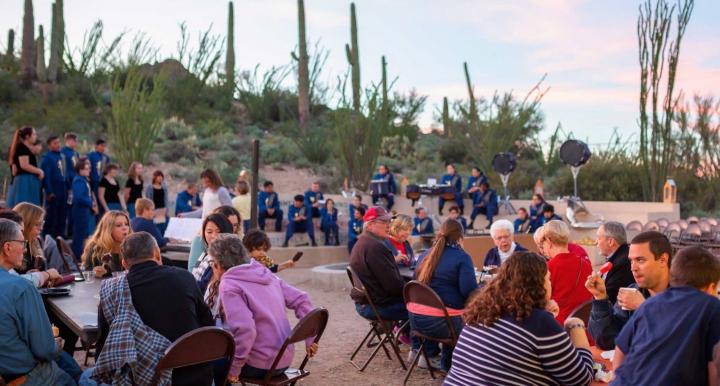 As you probably know, we are hosting our Campfire Celebration on November 20th. I am meeting with the caterer today and I have to give them our final event head count tomorrow (Friday). Once our head count is set, we may have to limit admission to this free event. So I'm asking all of our friends and fans to get your tickets today!