The Cooper Center for Environmental Learning, an outreach program of the University of Arizona, sits on the traditional homelands of the Tohono O’odham and Pascua Yaqui, who have stewarded this land from time immemorial. Aligning with Cooper Center’s and the University’s core value of a diverse and inclusive community, it is an institutional responsibility for us to recognize, represent, and acknowledge the ancestors, people, culture, and history our community resides on.

The essence of the Cooper Center is the land we teach on and admire with students. We acknowledge this land has powerful cultural and personal significance to many. We owe a debt of gratitude to the ancestral ecological knowledge, stewardship, and care of this land by the Hohokam, Tohono O’odham, and Pascua Yaqui, that allows us to continue to cherish, respect, and learn about our Sonoran Desert today.

The Cooper Center is nestled in the Tucson Mountains, an area known to be one of the oldest continuously inhabited places in North America.

The Hohokam, predecessors of the Tohono O’odham, settled along the Santa Cruz and Rillito Rivers and thrived in this region, from approximately A.D. 300 to 1500.  The Hohokam created elaborate irrigation systems, among other tools and goods, and established successful farming practices. 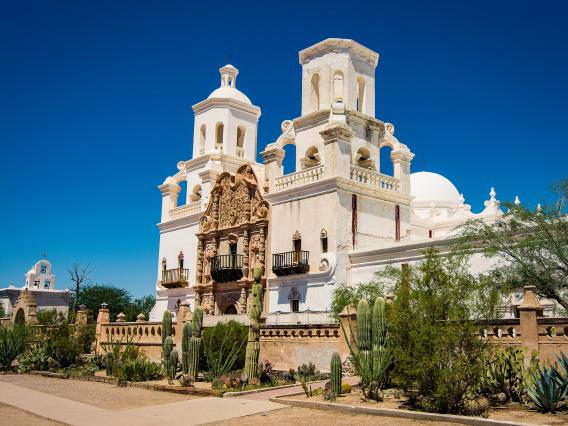 Jesuit missionary Father Eusebio Kino arrived in the Tucson basin in the 1690s. At this time, the Tohono O’odham, who had continued the farming and gathering traditions of their Hohokam ancestors, had been living sustainably in this region for centuries. The Tohono O’odham continue this proud heritage today.

Kino’s arrival marks the beginning of Spanish colonization and influence in the area. In the year 1775 the city of Tucson was established with the founding of the Presidio San Augustin by the Spanish. 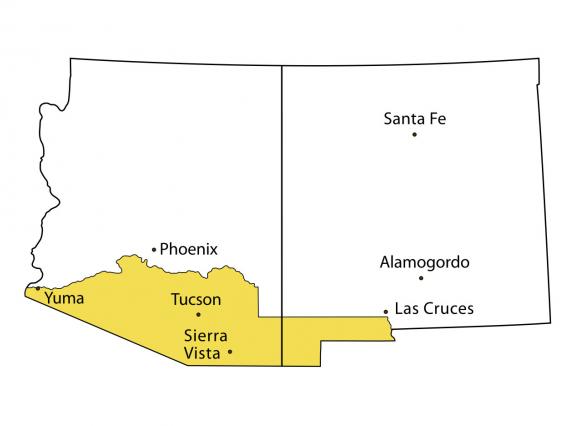 In 1854, Tucson became a part of the United States after the Gadsden Purchase, an agreement that disregarded indigeneity with the creation of new borders that traversed O’odham lands.

History of the Cooper Center

In the 1950s, the U.S. Federal government secured ten-acre plots of land for new Tucson Unified School District (TUSD) school sites. One of these school sites became the Cooper Center as we know it today, purchased by TUSD administrator Herbert Cooper, lending his name to the site.

In the mid 1960s, Title I programs offered the possibility for expanding nature study in an outdoor education setting, and a number of TUSD educators realized the potential of the site. Soon, a project began that brought students from west side schools to the site for nature study activities, and the District then built the bathroom building, amphitheater, large ramada, cookout grill, and concrete slabs on which large canvas tents could be placed.

Cabins were built on those slabs in 1972 and the site was designated “Camp Cooper”. Not long after, the new cabins were transformed into kitchen, classroom, office, and sleeping areas by site director Jody Simmons. Though Cooper’s programs have changed throughout the years, the camp has always been committed to providing each child with a memorable, first hand experience in our Sonoran Desert.

In fall of 1989, Doris Evans became the Camp Cooper Resource Teacher and our name was changed to Cooper Environmental Science Campus (CESC), better reflecting the purpose of the program.

In May 2001, Doris retired and Kathy Lloyd took over the reins as the new CESC Resource Teacher, managing its programs until May 2008.

On May 13th, 2008, the TUSD Governing Board voted in favor of a valuable new partnership between the University of Arizona and the District. While TUSD maintained ownership of the property, the University’s Department of Teaching and Teacher Education hired staff to run the day-to-day operations and renamed the site the Cooper Center for Environmental Learning.

From its inception until 2008, Camp Cooper was only available to TUSD teachers and students. With the forging of TUSD’s partnership with The University of Arizona College of Education in 2008, Cooper programs became available to any educational group.

The College of Education became a partner at Cooper Center in 2008, when then Professor of Environmental Learning, Dr. Bruce Johnson (now Dean of the College), put forth a proposal to TUSD to operate the facility’s educational programs. TUSD accepted the proposal, and the two agencies have worked together for the last 12 years.

In September 2019, the TUSD Governing Board and Arizona Board of Regents agreed to a new 20-year agreement which ensures the partnership’s security through 2039.